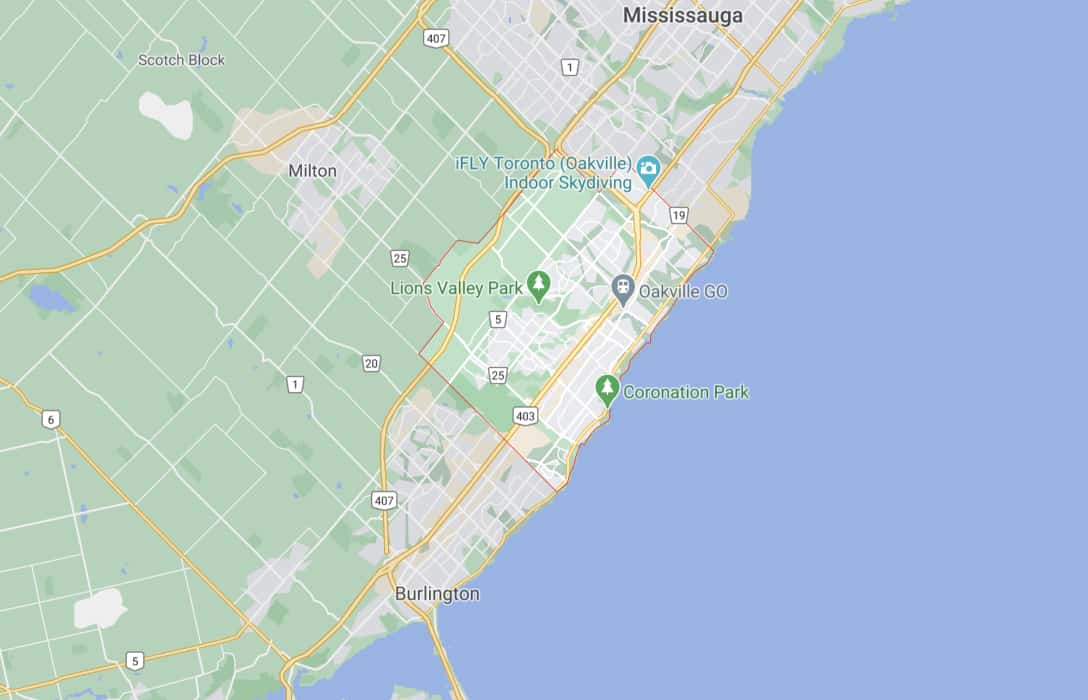 This is a neighbourhood community that was established a 100 years ago. It has become a favourite area for retirees and those who are soon about to retire. One of the attractive features is the low crime rate that residents and businesses enjoy. Compared to the national average it has a 57% lower crime rate. It has also become a favourite location for families to raise their children. Not only because of the safe living environment but because of the excellent schools here. The school test scores are showing to be 28% higher than the Canadian average.

Joshua Creek has become a favourite neighbourhood to raise a family or retire in for several reasons. It is great for commuters because it is close to the major highways. Most importantly is the safety and security that this area offers. In comparison to other neighbourhoods in the area, it has a 30% lower crime rate. It also holds a score of being 72% lower in crime compared to the national average. Then an added bonus is the high rating for the school test scores which shows that the overall test scores are 42% higher than the Canadian average.

The Morrison neighbourhood has a population of just under 6,000 and is considered to be a safe and secure area in Oakville to take up residence in. When compared to the other neighbourhoods in Oakville it has a 60% lower crime rate. It also holds A+ ratings for amenities, employment and schools. For livability, it has an 83 score. This puts this neighbourhood in 6th place for the city of Oakville and #358 for the overall province of Ontario. These features along with the great amenities is what is making this neighbourhood a choice of many.

For homeowners who want to move to Oakville, they will be intent on looking at those which have a high liveability score. Glen Abbey fits into this category with an 83% score which is very impressive. The area has also received A+ ratings for amenities, lower crime, employment and schools. All attributes that are most fitting for families as well as seniors and retirees. There are some great choices of homes varying in price ranges and sizes.

A beautiful neighbourhood in Oakville with treelined streets and close by green space such as parks to enjoy. All of this is present in a neighbourhood that has an excellent safety rating when it comes to crime. It has an A+ rating for this and the same applies to the offering of amenities as well as top-notch schools. This is a neighbourhood that provides safe modern style living in an urban style atmosphere.

For those who want to enjoy what Oakville has to offer this neighbourhood is an ideal choice. It is located right in the middle of Oakville itself but has a country feel to it. It has been rated as having a 48% lower crime rate compared to the national average. It also has a very high liveability rate which is enticing to those who want to live in a neighbourhood that has it all without having to be concerned about their safety.

This neighbourhood in  Oakville is appreciated for its selection of homes and large lots. It is an ideal area to raise a family in. When it comes to crime and safety this area has a 51% less crime rate compared to the national average. It also possesses a very impressive 82 liveability score with Amenities, lower crime and employment all receiving an A+ rating. Residents here are also very happy with the safe environment and calibre of schools they have access to.

For those homeowners that want to move to a neighbourhood that has a lower crime rating then this is a good choice. It boasts of a 51% lower crime rate compared to the national average. It has a liveability score of 82 which includes an A+ rating for amenities, lower crime, employment and a B+ for schools. With this being a safe environment it provides a great opportunity to enjoy everything that this neighbourhood has to offer.

The selection of homes here has a welcoming style to them with many of them having beautiful front porches. Residents can enjoy their home environment as well as the outdoor activities that are available here in a safe manner. This is because the neighbourhood has an A+ rating when it comes to lower crime rates. Compared to the national average it is 57% lower. For overall livability, it has an exceptional score of 85. Being able to enjoy a low crime rate is something that can be taken advantage of in many of the regions within this area. However, some are more suited for families compared to others. The quality and performance of the schools is something that also must be considered.